You’ve probably heard of the London underground map, but do you know those alternative maps? Figments of the imagination of five artists, here are five unusual London tube maps. Let’s make way for alternative art! 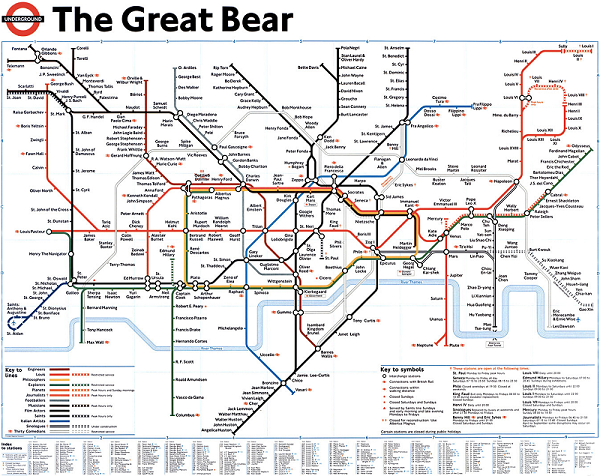 This one is the beginning of a long story. In 1991, London Transport granted a licence to a young artist, Simon Patterson, that would not only explode into the art scene but would also inspire a trend that is still thriving over twenty years later. Patterson, then at university, created the now infamous ‘The Great Bear’ – a visually identical tube map with station names replaced by those of famous people plotted along themed lines. Though it was not the first time the London tube map had been recreated in such a fashion, it was surprising how well it was received by the public. 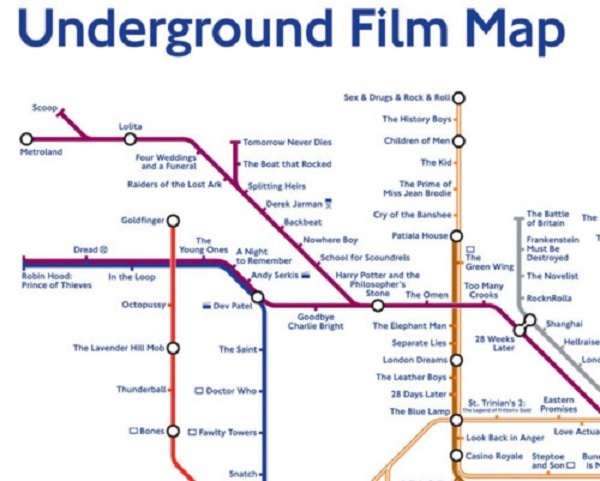 Thanks to ‘The Great Bear’, TfL commissioned an official series of alternate maps including ‘The Underground Film Map’ with BFI in 2010. It’s an alternative Tube poster celebrating 70 years of fim shot on location at or near London’s Underground station.

This complicated, music inspired, reinvention of the tube map was found in Guns for Fun in Notting Hill. Once again, it is proving that the iconic symbols and design of the Underground Map is unmistakable.  For the fans, the T-shirt can also be purchased. 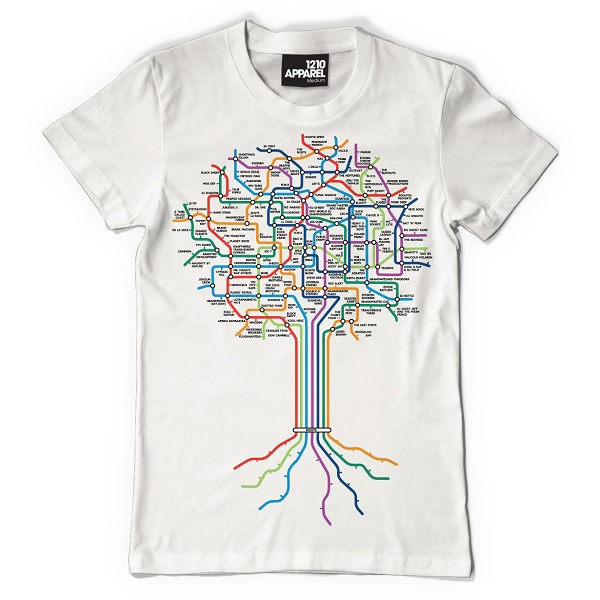 4. Transit Map of the World 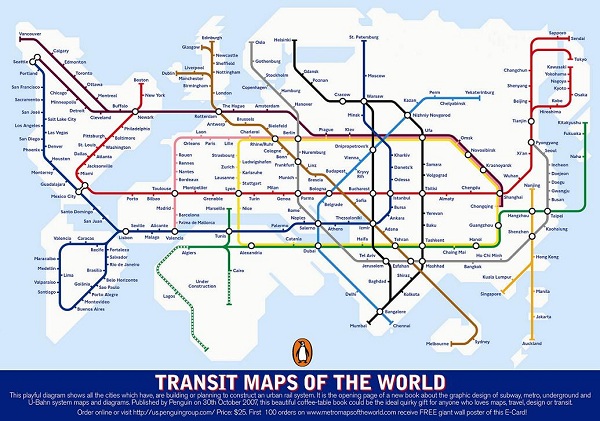 This e-card showing all the cities in the world that have, are working on or planning an urban railway was used to promote the book ‘Transit Maps of the World’ by Mark Ovenden. This image takes a skewed image of the London Tube Map and creates a beautiful global map.